If you have yet to read the first book “Cinder” and the second book “Scarlet” to the Lunar Chronicles I would suggest you stop here before you read this book review.

I mean I love this book the reading experience was amazing. The writing was fantastic! This is the best one yet in the series. So much to say and now I’m eager to immediately start the next book. I’m coming to the end of the series and I’m not ready for this to be over yet. I fell in love with every character, the good and the bad ones. But let me catch up with you all on all the characters the new ones and the old ones and what has been going on…

Cress is my favorite out of the group. She is so pure and gentle and we start from the beginning of the book with her. We had met her once before in book one, she is the girl who is incredibly smart and who can hack into pretty much anything. She has been locked up in a satellite for seven years doing what she is told by Sybil who works for Queen Levana.

“When Rapunzel saw the prince, she fell over him and began to weep, and her tears dropped into his eyes.”

My new favorite two together. Thorne is too much sometimes and I love the humor in this character so much especially with Cress. Reading the chapters with Thorne and Cress was the best. I love reading how close these two became together. I’m rooting for them that’s for sure!

Too many favorite scenes with these two that I can’t even count, the best one is when Thorne promised to give Cress her first kiss if she was to die before.

Wolf & Scarlet, I feel bad for Wolf and how he’s heart breaks to find Scarlet. His character is truly not the same when Scarlet isn’t around…

The bond between these two is strong, I hope they find Scarlet just in time before it is too late, for the sake of others cause who knows what Wolf will do at the end if he doesn’t reconnect with her…

Cinder and Kai, It’s about damn time they finally met up with each other and SPOILER ALERT…She finally told him that she is the missing princess of the Lunars! Gosh, it felt so good to finally have read that, I felt like I even got it off my chest you know.

Another SPOILER ALERT! Kai kissed her and I think I know where this is going to end, they will get married and kick Queen Levana’s butt! At least that is what I’m hoping for.

We finally get to meet back up with Dr. Erland in Africa and what he has been up too. Well here are some more SPOILER ALERTS for you that completely shocked me…

I mean holy flying pigs! That is a lot to handle right now. Thank you Marissa Meyer for allowing us readers to have an opportunity to read Dr.Erland’s views once more. I really like Dr.Erland, he’s a great character with a purpose. He is very important and if it wasn’t for him Cinder would have never known who she truly was.

Very upsetting to read the final chapters leading up to his death, with Queen Levana on the other side of the window watching, his final words to the Queen was epic!

Queen Levana is just all bad news and it just gets worst with her. Hopefully, Cinder can stick it to her when the time comes. In this book we get to see more of Sybil’s side and what she has done with Cress before she was rescued. Sybils time comes and it was a victory for the crew.

I love this book so much from the series. I can’t wait to start reading Winter and find out how this all ends up with each character and where they end up in the end. Marissa has never let me down before with her stories and fingers crossed she won’t let me down at the end of the series. 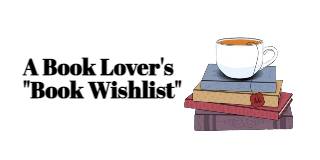 I’m starting to like this small town, safe to say Mya and Pops do too.
A photo collage of my one year old who refuses to smile in a photo with me, however at the last pic that’s what she thinks what smile means 🙃
💙💕 Told my mini troll today that it’s Pops day today. That he gets extra loves since he’s a good boy to us. We took him out to get new stuff and get groomed and I must say he’s a new dog today, even the troll is showing her love for him.
📚💕Girls day at the bookstore💕📚
💕💛Safe to say that my child likes to read books with me! 💛💕
💛💕 A quick glimpse of my goodies from my Bookish Pen Pal from France 🇫🇷